The Moody Church has the privilege of connecting people like you with God and others. From the moment you walk in the front door, you’ll experience a diverse church family, alive in Christ and united in our pursuit to bring God glory in Chicago and around the world. Our church is filled with people from over 70 countries whose lives have been transformed by the gospel of Jesus Christ. In fact, we’ve been celebrating the joy of changed lives since 1864. Regardless of your background, you’ll find a place to fit in and to connect with God and others.

How do we make sense of the suffering we experience and still cling to what we know of our merciful, loving God as presented in scripture? To Pastor Lutzer the answer is this: we live by promises, not by explanations. Join us for the second to the last episode of the series “Pandemics, Plagues, and Natural Disasters: What is God Saying to Us?”

Purpose is to evangelize, edify, and equip people to be true worshipers and effective representatives of Jesus Christ so that we all may “stand confident and unashamed before Him at His coming” (1 John 2:28). 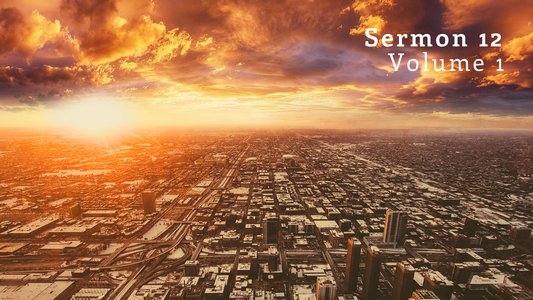 This Church began with a man who wanted to share the joy of the gospel with the needy and humble. D.L. Moody started his ministry in Chicago in 1856. A shoe salesman by trade, he found the call of the God to be deafening in comparison to the riches of the world. Leaving behind a life of luxury, Moody established a Sunday school for poor children in an area of Chicago known as “Little Hell.” Filling the small space with more than 500 people each Sunday, his ministry quickly outgrew its facilities as more and more children and their families flocked to hear Moody’s powerful preaching. In 1864, Moody and his congregation opened the Illinois Street Church. When this church burned down during the Great Chicago Fire of 1871, this original congregation re-built what would eventually be called The Moody Church today. The Sanctuary that you see today, modeled in part after the Hagia Sofia in Istanbul, was dedicated in November of 1925. In commemoration of the building, then-Pastor P.W. Philpott announced,

This building shall ever stand as a testimony to the power of the gospel of God’s grace…We ask the question, “What mean these stones?” They mean that there is a great Protestant church in the city of Chicago where rich and poor alike are ever welcome and where in spirit and in truth they can worship the God who is the maker of us all. They mean also that this church is to be a base from which heralds of the cross will be sent forth in great numbers to the ends of the earth to tell the story of redeeming grace.

This Church is called to provide a biblical voice to the challenges we all encounter en route to the finish line of life.